I wanted to put a separate post for this Leigh Waters lob-gate fiasco as that stuff can get lost in a live blog. You can look at my initial thoughts on the live blog and the video of the incident on our Twitter account or our Instagram. In my opinion, it is the strangest and wildest 3 plus minutes of pickleball in 2022.

The attempted short version of what happened is that part way through game 2 of the Waters quarter-final match, Yana Grechkina and Regina Franco decided to implement the lob everything into the sun strategy. After whiffing on a second overhead to make the score 8-6, Leigh lost her mind and started yelling at Grechkina/Franco for using the lob strategy in spite of Anna Leigh’s attempt to pull her back. Grechkina responded by saying “a strategy is a strategy, calm down” and proceeded to gesture to the crowd to get louder. The Waters lost the next point and their trainer (not coach), Brandon Oakes, tried to calm Leigh down. Following the timeout, Leigh then decided the right thing to do was to stay at the baseline to avoid the sun where they lost the point. Anna Leigh returned the next one long as Leigh stood beside her and game 2 was over.

It is arguably the weirdest thing you will see in professional sports all year. I saw some people on Facebook complaining about the Tennis Channel broadcaster’s lack of pickleball knowledge, but they sure nailed this lob-gate thing. The one announcer commented “I have never in my life seen somebody mad about using the elements.” As the Waters came out of their timeout, the announcers had more to say that had the tone of “suck it up.”

I did not get to see game 3 as the PPA conveniently cut off the YouTube stream after game 2. My understanding is that the Tennis Channel broadcast continued but the YouTube stream did not get running again until after the Waters’ match was over. Although the sound and video were not matching up on the YouTube stream, the signs point to the PPA trying to protect their star duo from any additional meltdown implications from game 3. The Waters ended up winning 11-6 in the third game so none of it really mattered from a results standpoint. Intentional or not, the tantrum thrown by Leigh was something else.

The fact of the matter is that the Waters are currently the premiere women’s doubles team in pickleball. They were playing a team that shouldn’t have been all that competitive on paper. A team that was smart enough to try a David-type strategy in an attempt to shake things up. They shook things up more than they ever could have expected. How can you be part of the best team in the world and be mad when a team tries to do something funky to win a professional match against you? Take it as a compliment they have to resort to lobs rather than this ridiculous tunnel vision mindset that pickleball shouldn’t be played a certain way.

No wonder why the Tennis Channel broadcasters were appalled. This is a professional sport not your local rec play on a Sunday afternoon. Imagine if this were to happen in another sport. I think I have already heard Casey Patterson make about 14 beach volleyball analogies. It’s like being mad when Nick Kyrgios throws in an underhand serve. Just because it isn’t traditional, does not mean it isn’t 100% viable.

I’d be curious to hear what Leigh has to say about this after the fact. What was her mind set on the time? Does she still agree with how she behaved after the fact? We had a couple of people comment on social media to the tune of the strategy being legal, but wrong. It’s hard for me how to comprehend that logic when it comes to a professional sport. Baseball players don’t yell at the hitter after they lose a fly ball in the sun.

What an odd sequence of events. And definitely not a good look for Mama Waters. 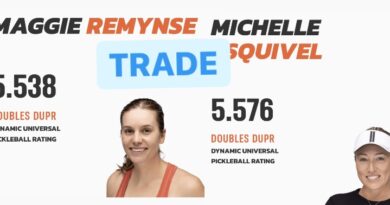 Crbn Fever – What is Going On With the Crbn? 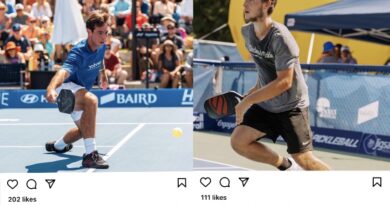